In the state of Kentucky, there were certain tax advantages in forming a limited liability company LLC), whereby small business owners are protected from personal liability.

According to Tom Underwood, Kentucky director of the National Federation of Independent Businesses (NFIB) after the classification of limited liability company came to Kentucky over ten years ago, large corporations saw the benefit of re-filing portions of their businesses as LLC, thereby avoiding some taxes. “The process was perverted by a number of large corporations who created LLCs simply to avoid the corporate license tax,” said Underwood.

To close this and other tax loopholes, Kentucky Governor Fletcher and the Kentucky General Assembly expanded the corporation income tax base to include all limited liability entities (such as corporations, Limited Liability Partnerships, LLCs, single member LLCs, limited partnerships, and S corporations).

“There are quite a few examples of big corporations seeking shelter from taxes in LLCs. One of the prime examples was Ashland Oil – which created an LLC to hold its assets. Well, obviously, that’s not what you would call a mom-and-pop business,” said Underwood.

Although they have a long history in Europe, Limited Liability Companies are a relatively new legal entity in the U.S. The use of LLCs first began in 1977. In 1988, it was granted pass-thru tax status by the Internal Revenue Service and today all 50 states recognize and allow the formation of an LLC.

The basic definition of an LLC is a business structure that is a combination of a partnership and a corporation with the owners being shielded from personal liability.

In the past, all profits and losses from Kentucky-based LLCs passed directly to the owners without taxing the entity itself. But, under the new tax modernization plan, the corporation income tax was expanded to include all limited liability entities. 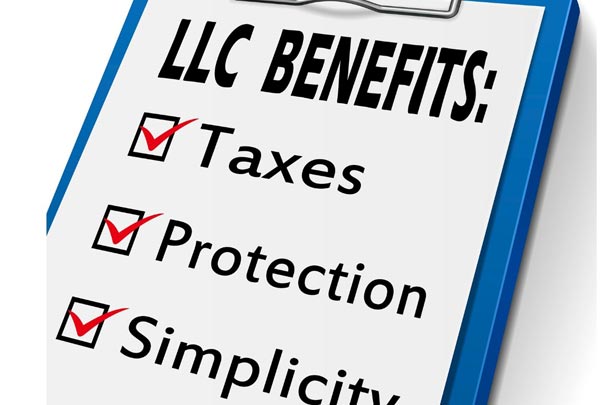