Asset Protection Trusts - How they work

This web page will analyze the various techniques available to attack the assets of an asset protection trust. This page, via a hypothetical, first analyzes an attack in the United States courts and then abroad in a jurisdiction assumed, for the sake of discussion, to be the Cook Islands.

* The settlor of our hypothetical trust currently is a surgical resident in New York. In 1985 he inherited $8 million of high-grade tax-free municipal bonds. He has never touched his principal or interest. He has no debts at all except current living expenses such as his telephone and electricity and one credit card, which he pays off each month. The settlor is currently unmarried but is engaged.

His fiance does not know of the invested funds, now worth substantially more than $12 Million dollars. Assume in 1993 Settlor establishes an asset protection trust in the Cook Islands. The money is kept invested in the same class of mutual bonds with major New York banks serving as custodians and holding the bonds for the trust’s account under a street name. The settlor, his attorney, and a foreign attorney compose the Committee of Trust Advisors. Assume further that the settlor gets married later in 1993 and finishes his surgical residency.

He opens an orthopedic surgery practice in New York specializing in sports medicine. By 1999 he has his own operating suite at his office on Park Avenue.

The settlor’s first big mistake: He works hard and builds a good practice. He has bought a house in Westchester and by 1999 has two small children, a nanny (illegal), a full-time maid (also illegal), 6 secretaries and nurses (legal) and a Poolman (part-time).

He is netting $800,000 to $900,000 per year, working 16 hour days. So far, he has no financial problems, his marriage is rocky and he “drinks a little.” Assume further that a principal ballet dancer for the New York City Ballet (“the judgment creditor”) has developed arthritis of his hip and comes into the settlor for what is by then routine hip replacement surgery.

On the night before the surgery, January 3, 2000, the settlor has a terrible fight with his wife. He leaves home, calls the Athletic Club to book a room and, after he arrives, pours himself into a bottle. The next day after breakfast and “a small bite of the dog that bit me” he walks to his own hip replacement facility, drunk but able to hide it. He does the surgery on the wrong hip, it gets infected and ten days later the wrong leg has to be amputated at the hip. Finally, assume that the settlor is sued and four years later on January 3, 2004, the judgment debtor receives a judgment of $25,000,000, one million of which is covered by the settlor’s errors and omissions insurance. At the time of the judgment, the only United States situs assets of the settlor are small accounts receivable, the equity in his house and a four-unit apartment house owned by a family limited partnership. Immediately after the judgment, the settlor’s medical license is revoked.
Analysis:

In hypothetical 1 we have a situation where the settlor of the asset protection trust has committed a grievous tort, has a substantial judgment against him personally and adequate funds in his asset protection trust to satisfy a major portion of the judgment. The trust is “old and cold,” all formalities have been observed and the trust was settled with a transfer which is clearly not fraudulent.

The judgment creditor, through his highly motivated lawyers, will immediately proceed to execute upon the judgment. One of the first things that the judgment creditor’s attorneys will do as part of this collection process is to compel a debtor’s examination under state law. At this examination, the judgment creditor’s attorneys will possibly, but not definitely, depending on their experience and motivation (often the least experienced attorneys are given this ignoble job), ask a question which would require the settlor to disclose the 11-year-old asset protection trust in which he is nothing but a “mere remainderman.” The settlor has not and should not under generally accepted accounting principles but his contingent remainderman’s interest in his financial statements. By this time, if the settlor has only gotten “blind accountings” he may not even know where the assets are situated or what they specifically are. Often an attorney conducting a debtor’s exam will focus on tracking assets and totally miss the big picture.

We will assume that the attorney conducting the exam was able to discover the asset protection trust. Further, the settlor’s attorney, in furtherance of his responsibilities as a Member of the Committee of Trust Advisors (aka “Protectors”) has already notified the trustee in the Cook Islands of the judgment which automatically triggered the duress provisions of the trust. Even if the settlor’s attorney did not notify the trustee, all that it would take to possibly trigger the duress provisions is a call or letter from the judgment creditor’s attorneys to the Cook Islands trustee requesting information.

When this happens, because of the duress provisions the settlor’s attorney drafted 11 years before, the settlor’s attorney and the settlor were probably removed from the Committee of Trust Advisors, and the New York bank acting as a custodian was instructed by the trustee in the Cook Islands to immediately transfer the entire portfolio to a different institutional custodian outside of the jurisdiction of the United States courts. The assets were then most likely placed in a blind trust custodial arrangement with a major bank in some other stable jurisdiction comparable to New York.

Neither the settlor nor his attorney will be told where the assets are or how they are held. Finally, the trustee knows that any instructions from the settlor or his attorney delivered pursuant to a court order are to be disregarded. At this stage, the battle for the protected assets shifts to jurisdiction or jurisdictions other than New York where the assets are unlikely to be and the law is hostile.

(i) Traditional court-ordered execution: The United States situs house, accounts receivable and personal property, to the extent that they are not exempt from execution, have been seized. The proceeds from these assets are inadequate to satisfy the judgment.

The drafters of the Uniform Limited Partnership Act inserted this charging order concept into the act to prevent the creditors of a partner from disrupting the partnership business. However, these same provisions can be utilized in the family limited partnership context to prevent the distribution of funds to the judgment creditor.

This is because under relevant partnership law the general partner, who is likely to be a family member or a corporation controlled by family members, can prevent distributions. The Internal Revenue Service has also held in Revenue Ruling 77-137 that the creditor with a charging order is treated as a substituted limited partner for tax purposes. As a result the judgment creditor is saddled with the tax consequences resulting from ownership without the capacity to force dissolution of the partnership or distributions from the partnership.

With respect to this issue in a bankruptcy proceeding, the settlor might advance an argument pursuant to section 541 of the Bankruptcy Code that the trust proceeds are not properly included in the estate. This section provides in pertinent part that “[a] restriction on the transfer of beneficial interest of the debtor in a trust that is enforceable under applicable nonbankruptcy law is enforceable under this title.”

The United States Supreme Court has recently held that “applicable nonbankruptcy law” includes both state law (e.g. spendthrift clauses) and federal law (e.g. ERISA – qualified pension plans including anti-alienation provisions). The Court did not decide whether this phrase encompasses the laws of foreign countries, such as England, France and the Cook Islands. This type of analysis often comes up when courts in the United States are called upon to enforce judgments obtained in other countries. Traditionally, United States courts respect the laws of foreign jurisdictions even if such laws appear to violate certain of our fundamental rights.

(e) Attacking the “Old and Cold” transfer as fraudulent: If the settlor’s interest in the trust cannot be attacked, can the transfer to the trust be set aside as a fraudulent conveyance? New York law would apply and, in the instant case, this eleven-year-old transfer made at a time when the settlor had no debts and more than adequate income to meet his needs was clearly not fraudulent.

Most courts would have no alternative but to hold that the original settlement of the asset protection trust was not fraudulent and that the trust was worthy of respect, particularly if the business justifications for the trust were emphasized in the documentation. Further, even if a United States court were to find the transfer fraudulent it is unlikely that the judgment creditor could reach them. Under the facts of this hypothetical, the poor judgment creditor will likely spend the rest of his life attempting to garnish the wages of an unemployable alcoholic former doctor.

Until the asset protection trust terminates and proceeds are distributed to the settlor, the judgment creditor does not have any significant assets to attach. Even upon distribution, the judgment creditor will only be able to attach the assets if (1) he knows where they are and (2) they are subject to the jurisdiction of a court which will enforce his judgment. Finally, the judgment creditor might make an effort to reach other assets (i.e. the errors and omissions policy and personal assets of the settlor’s attorney). These attacks are unlikely to be successfully provided the transfer to the trust was not fraudulent. 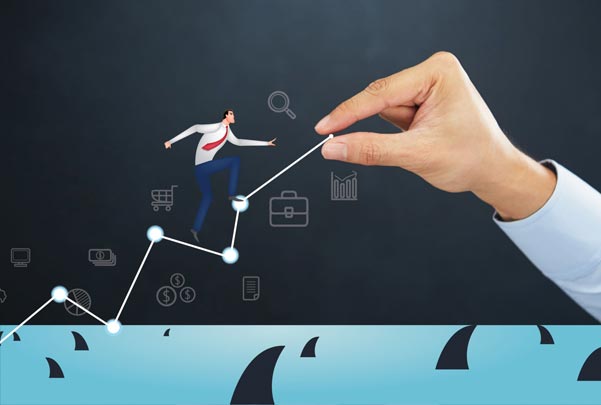